Scott Cooper Miami reports that Coca-Cola is considering a move into the growing market of cannabis-infused drinks. “Along with many others in the beverage industry, we are closely watching the growth of non-psychoactive CBD as an ingredient in functional wellness beverages around the world,” says Coca-Cola spokesman Kent Landers. “The space is evolving quickly. No decisions have been made at this time.” 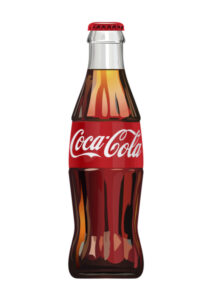 CBD, which doesn’t create a high for the user, has been used for medical purposes. This includes relieving inflammation, nausea and pain. Coca-Cola’s interest was reported earlier today. It was confirmed that the company was in discussions with Aurora Cannabis, a Canadian cannabis company. Aurora has also expressed interest in cannabis beverages.

“There is so much happening in this area right now and we think it has incredible potential,” said Aurora spokesperson Heather MacGregor. “Stories like this are further validation of the massive global potential of the cannabis industry.”

Lagunitas, a Heineken label, already includes a drink infused with THC. THC is marijuana’s active ingredient that creates a high. It can be obtained at marijuana dispensaries in California. The two cannabis and CBD are still prohibited in the United States under federal law. Although, a number of nations have legalized marijuana. However, the prohibition against CBD isn’t strictly enforced. There are third party vendors that offer CBD-based products on Amazon (AMZN), for instance.

Coca-Cola issued a statement later in the day denying any interest in the industry. They refused to comment any further on additional speculation.

“We have no interest in marijuana or cannabis. Along with many others in the beverage industry, we are closely watching the growth of non-psychoactive CBD as an ingredient in functional wellness beverages around the world. The space is evolving quickly. No decisions have been made at this time.”

Where there is smoke, there is fire.  Something is going on. Someone may be losing a job for jumping the gun on a deal being considered by Coca-Cola.  Our guess there is a deal in the works. Coca-Cola has always been considered a blue chip company.  We haven’t though of Coke as a fast growing innovator for a while. This may be changing.

Why does Coca-Cola need to enter the cannabis-infused soda market?

Bottled water is the reason. Soda sales in the United States have dropped for the last 12 years. Coca-Cola and Pepsi are still making money. This is because they have been relying on smaller pack sizes and premium packaging.

The dangers of cannabis-infused soda for children 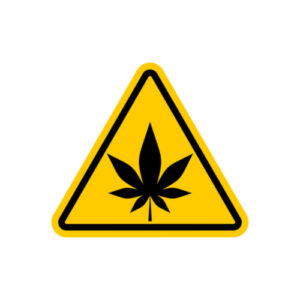 Children could accidentally take the drug and mistake it for a regular bottle of soda. Why is this bad? Studies show marijuana disrupts brain development. Acute marijuana intoxication occurs when a person undergoes adverse effects from marijuana.  It’s also more commonly known as “getting high.”

The exposure of marijuana products to children has increased. This is caused by an increased supply of recreational and medical marijuana. Children under the age of 12 are at greater risk. When marijuana is ingested with food or liquid, it can have a stronger and long lasting effect.  When children eat food or drink beverages containing marijuana, they can become lathargic. Children can also experience various other side effects. This includes blood shot eyes, increased appetite, dry mouth, anxiety, and impaired motor coordination. If they inhale marijuana smoke they can those symptoms. Many young children who use marijuana end up in the emergency room.

Have you entered the Scott Cooper Miami Scholarship Program?